Close to five million cars are being driven on UK roads with defective headlights, a new survey has discovered.

As daylight hours shorten, 4.6 million cars are being used despite having broken headlights, which reduces visibility and significantly increases the chance of an accident.

The study of 2,000 UK motorists made the findings which, when upscaled to the 38.4 million cars on UK roads, shows the extent of the issue.

"Usually you don’t know when a light has gone so regular checking is essential, especially in these increased hours of darkness and often more difficult and hazardous autumn and winter condition​" (Laura Walsh, Halfords​)

The research also found that seven per cent of respondents have never checked their headlights over, while 12 per cent only checked them over in the last six months or longer.

In addition, 39 per cent of people have avoided driving in the winter because they dislike night time motoring. 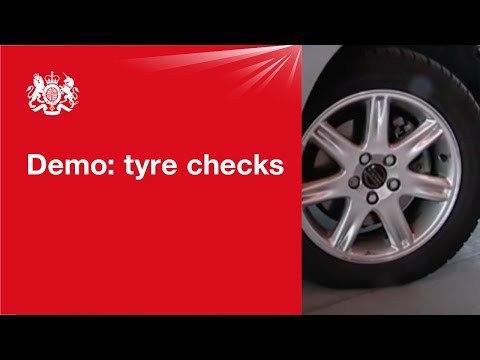 Laura Walsh from Halfords, which conducted the study, said: “Usually you don’t know when a light has gone so regular checking is essential, especially in these increased hours of darkness and often more difficult and hazardous autumn and winter conditions.

“We realise that replacing blown bulbs on vehicles is not easy and have designed our own service to provide a helping hand for motorists who need to replace their blown bulbs. Cars with defective lights can cause a danger on the roads, so it is important that drivers check bulbs regularly and change them if needed.”

Belfast came out worst in the study, with 24 per cent of cars having defective lights. It was followed up by Gloucester, with 18 per cent of cars driving with blown bulbs. Norwich came out on top, with five per cent of drivers revealing that they have driven with faulty lights.

Stay ahead of the taxman with VED increases

View All News
Service Booking Book your car in for a service with our expert technicians today. Book A Service
Servicing there when you need us most Find Out More
Get In Touch Contact our Dealerships Contact Us

Silverlink, Bittern Close, Newcastle, United Kingdom, NE289ND
Reg Office: Octagon House, Bittern Close, The Silverlink, Newcastle NE28 9ND
Reg. Company Number: 02680619
VAT Reg. No. 556240939
Back
Vehicle Valuation
Compare Saved Vehicles
Top
Close
" "
Your Cookie Settings
Select your cookie settings
Strictly Necessary Strictly Necessary cookies are essential to let you move around the website and use its features, such as accessing secure areas, shopping baskets and online billing. These cookies allow our website to provide services at your request.
Performance Performance cookies collect information about how you use our website e.g. which pages you visit most often, and if you experience any error messages. They also allow us to update our website to improve performance and tailor it to your preferences. These cookies do not collect any information that could identify you - all the information collected is anonymous. They will not be used to target adverts to you on other websites.
Functional Functionality cookies are used to remember the choices you make, e.g. your user name, log in details and language preferences. They also remember any customisations you make to the website to give you enhanced, more personal features.
Targeting Targeting cookies collect information about your browsing habits to deliver adverts which are more relevant to you and your interests. They also measure the effectiveness of advertising campaigns.
Save Settings
Cancel Changes