Hodgson are proud to announce our new sponsorship of The Mud, Sweat and Gears team who are participating in The Mongol Rally this summer 2016. On 16th July 2016,three ambitious young men will be embarking on an incredible adventure and we are pleased to be able to support them on their unique journey.

The Mud, Sweat and Gears team has been created by three friends Jack Glover, Charlie Helsby and Edward Brooks who are all students at Newcastle University. As all three graduate from university this summer, they wanted to cap it off by finding a challenge to test themselves and see the world. The famous Mongol Rally has been on their radar for a few years and it now seemed like a perfect opportunity to really throw themselves into the unknown.

For those who have never heard about the Mongol Rally before, it is described as the ‘greatest adventure in the world.’ It’s a 10,000 mile pan-continental charity rally across the most unusual or unused roads, such as mountain ranges, deserts and inhospitable terrain. The rally starts at Goodwood Motor Circuit – West Sussex and its final destination reaches far north of Mongolia in the Russian city of Ulan Ude.

There are only two main rules of the rally. First, the car that the team is using must be small and old with an engine size of 1-litre or less.

Second, each team has to raise a minimum of £1,000 for a charity. Half of the amount raised goes to the official charity of the event Cool Earth, the other half can be donated to a charity of choice. Mud, Sweat and Gears are donating their money to The David Adams Leukaemia Appeal Fund. ‘It’s a charity incredibly close to our hearts and was the obvious choice for us’, say the rally team.

Hodgson Newcastle Ltd are really impressed with the idea of this rally and their cause to raise money. As cancer has closely touched our own Hodgson Newcastle team, we are keen to help Mud, Sweat and Gearsto fulfil their goal by donating them the vehicle to participate in. The guys chose a Suzuki Alto from our Hodgson Suzuki dealership that matched the requirements of the rally.

Mud, Sweat and Gearssaid:“We’re really grateful to Hodgson for their support. The Suzuki Alto is an ideal car for us as the rally rules state that the car must have an engine of 1-litre of smaller. We’re delighted to be working with Hodgson Group during our journey and cannot be thankful enough!”

Hodgson wish the lads the very best of luck in the Mongol Rally and we will be rooting for them all the way to Mongolia! 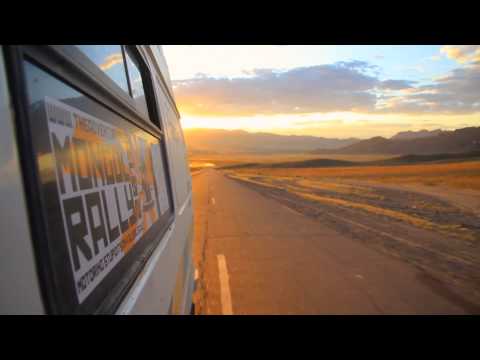 Silverlink, Bittern Close, Newcastle, United Kingdom, NE289ND
Reg Office: Octagon House, Bittern Close, The Silverlink, Newcastle NE28 9ND
Reg. Company Number: 02680619
VAT Reg. No. 556240939
Back
Vehicle Valuation
Compare Saved Vehicles
Top
Close
" "
Your Cookie Settings
Select your cookie settings
Strictly Necessary Strictly Necessary cookies are essential to let you move around the website and use its features, such as accessing secure areas, shopping baskets and online billing. These cookies allow our website to provide services at your request.
Performance Performance cookies collect information about how you use our website e.g. which pages you visit most often, and if you experience any error messages. They also allow us to update our website to improve performance and tailor it to your preferences. These cookies do not collect any information that could identify you - all the information collected is anonymous. They will not be used to target adverts to you on other websites.
Functional Functionality cookies are used to remember the choices you make, e.g. your user name, log in details and language preferences. They also remember any customisations you make to the website to give you enhanced, more personal features.
Targeting Targeting cookies collect information about your browsing habits to deliver adverts which are more relevant to you and your interests. They also measure the effectiveness of advertising campaigns.
Save Settings
Cancel Changes